Buddleja also spelt Buddleia (Buddleja  spp.) is also known as the Butterfly Bush because of its large flowers that attract them. This genus is made up of around 100 species of sprawling, deciduous or evergreen shrubs that vary in size and are known for their long nectar-rich flower spikes. Buddleja sizes vary from dwarf varieties that are around 1m tall to large shrubs that can get up to 5m in height with many sizes in between. They come from the family Scrophulariaceae also known as the foxglove family and are native to China. Flowering times vary, however the most common shape the flower forms is a cone. Others are spherical heads or loose clusters on top of the flower spike. Flower colours come in shades of yellow, orange, pink, red and purple. Most Buddleja species have large, narrow, lance-shaped foliage. They require a full sun to part shade position in the garden and are not too fussed with the soil type as long as its free draining.

These plants are hardy, quick-growing, salt and drought tolerant, and will grow in most soil types. They attract butterflies and honey-eating birds into the garden. Some species have fragrant flowers.

How to Grow Buddleja

When To Plant Buddleja

Plant in late Autumn to Spring.

They will thrive in most soil types but prefer good drainage. Incorporate well broken down compost in the soil before planting.

How To Plant Buddleja

Plant in full sun to part shade, with the plant crown at soil level. Spacing will vary between varieties.

The more shade the plant receives, the fewer flowers are produced.

Mulch annually to suppress weeds and keep moisture in the soil.

They need hard pruning in early Spring to promote good bushy growth, at least half the previous season’s growth.

Watch out for caterpillars.

Large colourful blooms that attract butterflies is just one of the highlights of this fantastic plant. 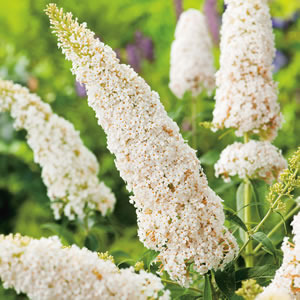 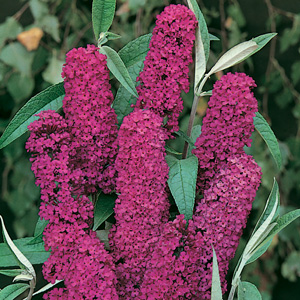