Hosta (Hosta spp.) also known as the Plantain Lily is a clumping herbaceous perennial. It is part of the Liliaceae family and is native to Japan, China and Korea. There are around 40 different species of Hostas and many cultivars, each with its own unique needs and attributes. Hostas are hardy plants that are grown mostly for their spectacular foliage, which comes in a range of textures, colours and sizes. Some of the colours are greens, blues, and greys, while other styles are variegated of yellow, green or white markings. In Summer they produce mauve to lavender or white lily shaped flowers on stalks rising above the leaves. Hostas are very long lived under the right conditions. It is a misconception that they are shade loving. They tolerate living in the shade but like all plants require some sunlight. There are some varieties of Hosta that require more sunlight than others. Ideally for most varieties they should be planted in a spot that gets morning sunlight and then shade during the afternoon, otherwise dapple sunlight throughout the day. If you put Hostas in full afternoon sun, you risk them getting burned which will reduce their attractiveness and puts a limit on their potential for growth. In winter the foliage dies down as the plant goes into dormancy where it will regrow again in Spring.

Hostas are an easy to grow plant that is long lived and is low maintenance. They come in all different textures, sizes and colours. They are great for pots on a shaded verandah or grow well in shady borders or in woodland settings.

How to Grow Hosta 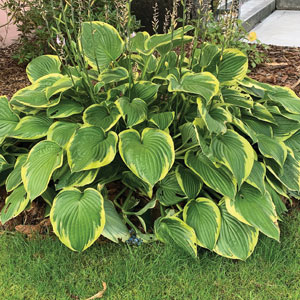 When To Plant Hosta

They require moist, fertile and well drained soil. Hostas love a soil which is high in organic matter so work in some leaf mould, compost or well broken down animal manure before panting.

How To Plant Hosta

Plant in Semi, dapple or full shade (check varieties as some will require more sun than others), 30-90cm apart with the plant crown at soil level.

Require moist conditions, does not tolerate drought. Keep well watered while they are actively growing particularly during the hotter months.

Apply a complete fertiliser annually in Spring. Hostas love soil that is high in organic matter, so it helps to work in some well broken down animal manure each Spring.

No pruning is required however you can tidy the plant up as it becomes dormant in Winter. Removing flower stalks after blooming to encourage growth.

Divide every four to five years – otherwise let them be, best carried out during Winter dormancy, or late Autumn.

Watch out for snails and slugs. Hosta anthracnose can cause whitish spots with brown edges to form on leaves and stalks, remove the affected leaves.

Brighten up a shady position with these wonderful plants. 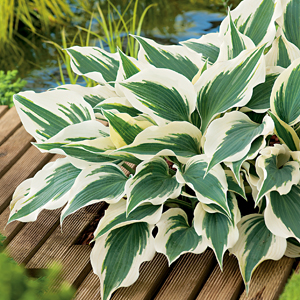 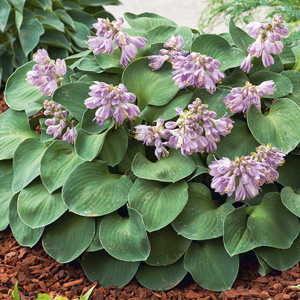 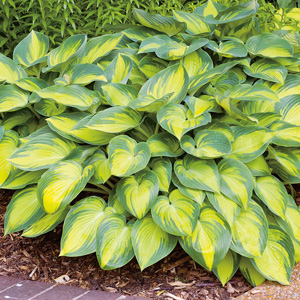