Alstroemeria (Alstroemeria hybrids) also known as Peruvian Lilies, Lily of the Incas, Princess Lilies, Parrot Beak is a tuberous rooted herbaceous perennial.  It is part of the Alstroemeriaceae family which is native to a few areas in South America like Chile, Brazil and Peru. There are many different varieties of Alstroemerias, like the low dwarf varieties only reaching a height of 30cm to tall varieties that need to be staked. During Spring Alstroemerias form a clump of upright stems with lanced shaped mild to dark green leaves depending on variety. One variety even has variegated leaves which is the Princess Lily Fabiana. The flowering season is from mid to late Spring through Summer. Their flower colours are white, orange, apricot, green, purples, pinks and reds and take on a lily appearance with a variety of markings on the flower. When planting they prefer a full sun, to part shade in warmer climates, position that has moderately fertile well-drained soil. Alstroemeria are drought tolerant once established and with a layer of mulch protecting their tuberous roots.

Alstroemeria are a low maintenance plant when established. Larger varieties can be used at the back of garden beds to bring bursts of colour where dwarf varieties can be used as perennial borders and in pots or containers. They make excellent cut flower particularly the taller varieties which is sort after by florists for their long stems. Alstroemeria cut flowers have a vase life of over 2 weeks. The Alstroemeria flowers are not fragrant which means they are a good addition for allergy sufferers who find scented gardens difficult to cope with.

How to Grow Alstroemeria 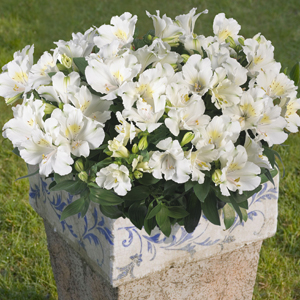 When To Plant Alstroemeria

Plant in Spring, once the last frost has passed.

Well drained, fertile soil. Before planting mix through well broken down animal manure or compost into the soil.

How To Plant Alstroemeria

Plant in full sun to part shade, 30-50cm apart (depending on your variety and give them space to spread) with the tubers planted just below the soil surface. Take care not to bury shoots too deep.

Keep soil slightly moist during growing and flowering season. If growing in hot areas, it’s ideal to mulch the roots well to help keep them cool and moist.

Top dress with a general fertiliser during Spring.

‘Pluck’ flower stems out of the ground to pick or to remove dead or yellowing foliage. Tidy up old foliage and cut back in Winter to 5cm from the base.

Snails and slugs can be a problem.

Can be left in the ground until clump gets large. Propagate by division when dormant during the Winter months. Dig clumps up with a garden fork and divided. When bare rooted, roots must remain damp, but not wet. They should be replanted as soon as possible. The tubers are very fragile when they are dormant.

Alstroemeria will add colour to your garden with these reliable flowering plants. There are so many colours and size varieties available that these plants they are a real winner. 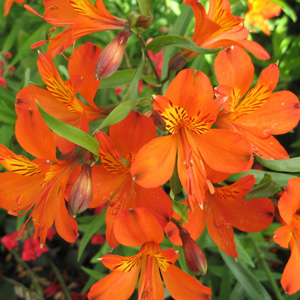 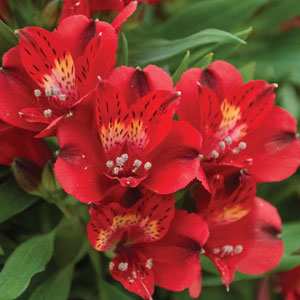 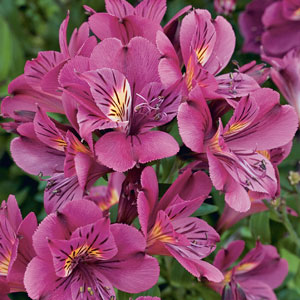 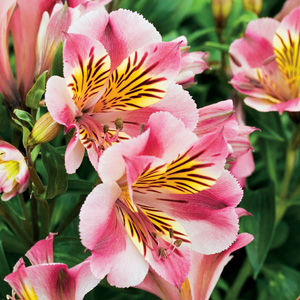 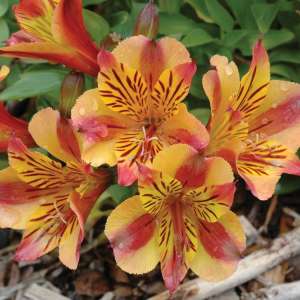 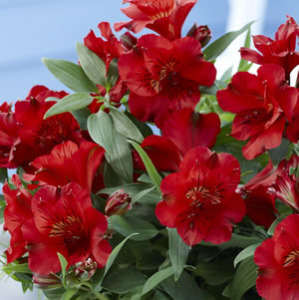