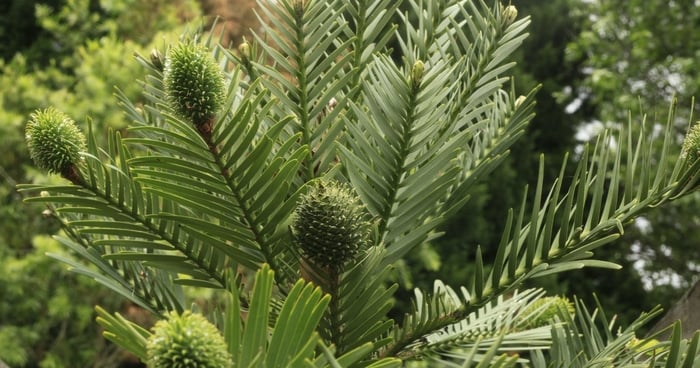 The Wollemi Pine is one of the rarest trees in the world, as well as one of the oldest. Thought to be extinct for thousands of years and studied only in fossil form, the discovery of a wild grove of Wollemi Pines in 1994 took the botanical world by storm. As a result, a massive conservation effort was launched to ensure that these trees survive, and even thrive in the future.

The History of the Wollemi Pine 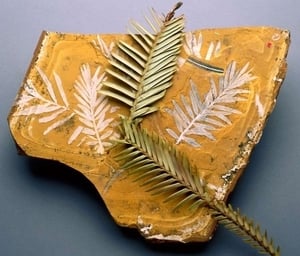 In 1994, a bushwalker and botanical enthusiast named David Noble stumbled across a grove of unusual trees while hiking in Wollemi National Park, NSW. The tree was later identified as an ancient species, having existed in the Jurassic era and thought to have died out. This prehistoric status has given them the nickname ‘dinosaur trees’.

By far one of the most long-lived species in the world and once found all across Gondwanaland, wild adult specimens are now to be found only in a secret location in the Wollemi National Park. The grove is closed off to visitors.

Today, the Wollemi Pine tree population stands at less than 100 adults, along with 200-300 juveniles and seedlings. They are listed as critically endangered and heavily protected by law, although botanists and researchers are actively working to preserve the species through proactive means.

The conservation plan involves keeping the Wollemi Pine grove protected, educating the public on the significance of the species’ history and heritage, and continuing to care for the tiny population until it reaches a more sustainable size.

During the 2019/2020 bushfires that burned across Australia, the wild Wollemi Pine population was in serious danger of being wiped out. Through the efforts of a specialist team of firefighters, a secret operation was carried out that involved dropping water bombs and fire retardant on the area, and installing special irrigation systems to help to keep the ground moist. These combined efforts successfully saved the trees from destruction. 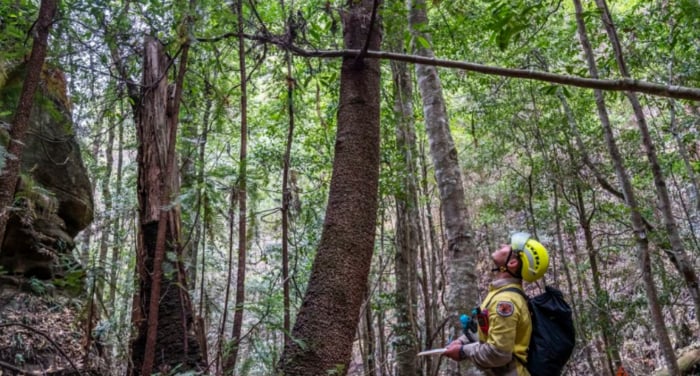 Looking to grow a Wollemi Pine at home? They’re an attractive option for a number of reasons, including their dark green, frond-like foliage and hardy nature. Given how long they’ve been around, it’s no surprise that the Wollemi Pine is adept at surviving a wide range of conditions, including sun, shade and even indoors if kept in a well-lit area.

This tree grows slowly, so it can be kept in a pot for years without repotting. Planted in the ground, it can eventually grow into a large, low-maintenance and long-lived feature tree.

Perhaps the best part of ‘adopting’ a Wollemi Pine is knowing that you’re playing a role in conservation. The more specimens that exist across Australia, the greater chance the species has of recovering from its critically endangered status.

The Wollemi Pine is mostly grown as a hardy potted feature plant. In this form, it can make an environmentally friendly living Christmas tree (as an alternative to traditional cut trees).

The Future of the Wollemi 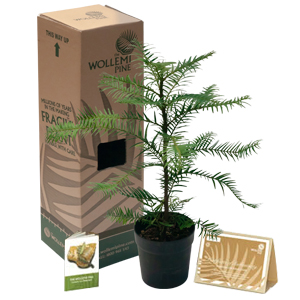 Grow your own Wollemi Pine

Australia has always been known for its incredible diversity of plants and animals, many of them found nowhere else in the world, and the Wollemi Pine is a unique example of this.

Because of how long they take to grow, adult Wollemi Pine trees are still only found in the Wollemi National Park. Along with the juvenile trees and seedlings in the wild population, these are being continually cared for, protected and researched.

Keen to help preserve and learn about these prehistoric trees? Garden Express offers the opportunity to grow your very own Wollemi Pine specimen at home.