Home » What Is A Succulent?

Succulents are not a particular species or even a family of plants. Instead, they are a diverse group that shares some particular traits, the most recognisable of which is their pleasingly thick, fleshy stems and leaves.

These plants are adapted for survival in extreme conditions such as deserts and steppes. As well as giving them a distinctive and often striking appearance, this makes them very easy to grow and care for. They’re extremely versatile, being ideal for pots and hanging baskets, as well as in landscaping, under trees and in rockeries.

Because they tend to grow happily in containers of virtually any size, including indoors, succulents have gained popularity among gardeners with limited space. Equally, their low-maintenance and resource-efficient nature makes them a great choice for those with lots of space to fill. 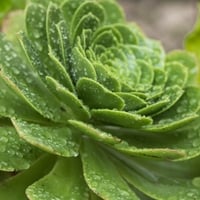 In adapting to arid and semi-arid climates, succulents have evolved mechanisms that allow them to manage times of low water. Along with their signature fleshy stems and leaves, many also have spines or hairs that reduce transpiration, or light-coloured, reflective surfaces that reflect heat.

Like all plants, succulents definitely need water, but they’re highly effective in holding onto what water they have. For gardeners, this means minimal watering is needed compared to many other types of plants. If anything, overwatering is more likely to be a problem for the average gardener trying their hand at succulents for the first time.

Succulents don’t like too much moisture around their roots and stems, as this can lead to rot. However, they do need water for optimal growth and flowering, so it’s a matter of getting the balance right. Indoor plants require watering from time to time, as they won’t receive water from rainfall. Outdoor plants can generally survive on rainfall, although you can supplement this with occasional watering during dry spells.

Succulents do best in free-draining, gritty or sandy soil or potting mix, with inorganic mulch (such as gravel) that does not retain water around the plant. This simulates the arid conditions typically found in these plants’ natural habitats, where water is not easily held in the soil. 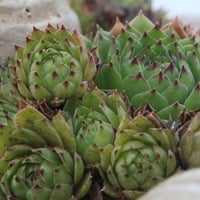 Cacti can be regarded as a sub-category of succulents, although many horticulturists prefer to talk about them separately. This is because cacti have a distinctive set of features that are not shared by other succulents.

The key feature that distinguishes a plant as a cactus is the presence of areoles. These are small mounds from which the plant grows the spines or hairs for which cacti are best known, as well as flowers. Most cacti don’t have leaves or branches, which also contributes to their distinctive appearance.

From towering agave to cascading string-of-pearls and colourful pigface, there’s a succulent for every spot in the garden. Here’s a few of our favourites to get you started.

These are just some of the options on offer – as you’ll discover, there are so many different types of succulents, it would be impossible to list them all here. 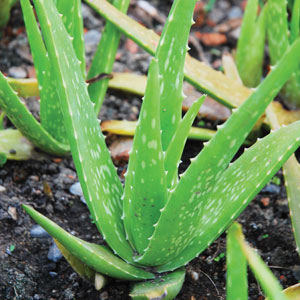 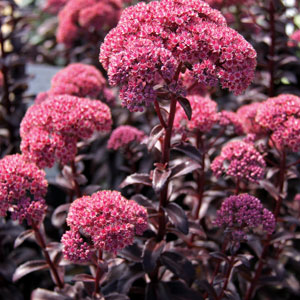 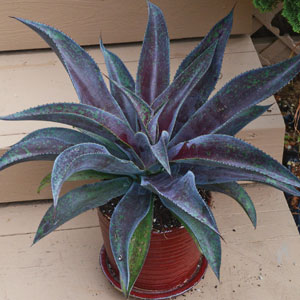 Garden Express has a huge range of succulents on offer. Whether you want to create an unusual potted feature, add height and texture to a drought-hardy border, add a groundcover under a tree or fill out a rockery, you’ll find something to fit the bill in our catalogue.