Home » What You Need to Know About Nitrogen Deficiency in Plants

Nitrogen is a colourless and odourless gas that can be found in all living things, including plants.

In plants, Nitrogen is found within enzymes also known as chlorophyll, and is actively involved in how a plant metabolises nutrients, food and water.

Healthy plants contain on average, 3-4% nitrogen in any part of the plant that you can see above the ground, which ensures that the plant can undergo photosynthesis. In plants, nitrogen is needed in greater quantities than any other nutrient. 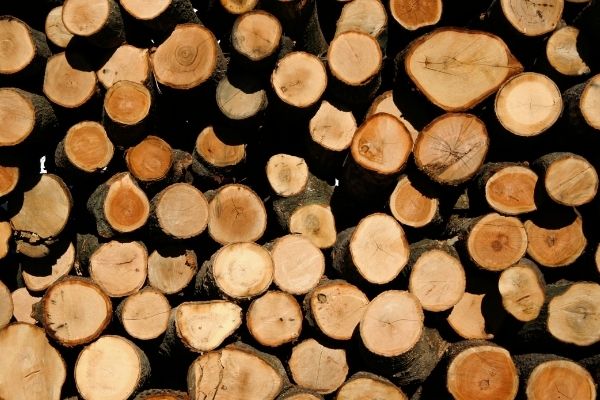 Without nitrogen, plants struggle to grow and look yellow or a sad, lackluster colour.

To ensure your plants grow to be the brightest, healthiest and strongest they can be, it’s important to make sure that your plants are getting as much nitrogen as they need.

Why do plants need nitrogen?

Asking why do plants need nitrogen goes hand in hand with asking why do leaves turn yellow. Without nitrogen, leaves have their growth stunted and are unable to survive for as long as they should.

Essentially, plants need nitrogen to be able to recreate themselves over and over through photosynthesis. 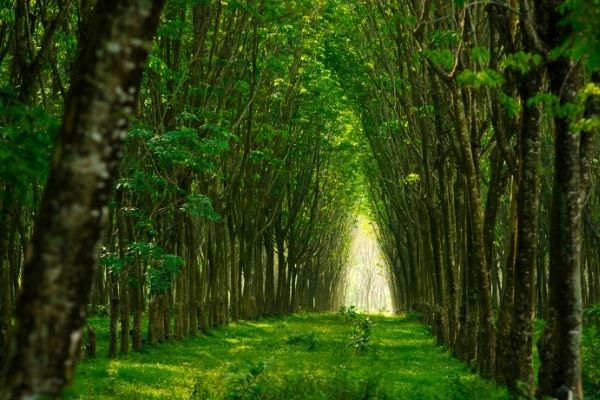 Just like you need oxygen to live a long and healthy life, plants need nitrogen to make its DNA, proteins and amino acids. If your plants are experiencing nitrogen deficiency, they will try and survive by conserving as much nitrogen as they can.

This means the plant’s older leaves will become pale and lack the lustre of newer ones, to try and keep the plant alive for as long as possible.

Nitrogen deficiency symptoms in plants are easy to recognise if you know what to look for.

A yellow-tinge will appear at leaf tips and will slowly affect all the leaves of the plant, a telltale sign that your plant, or plants, are lacking nitrogen. 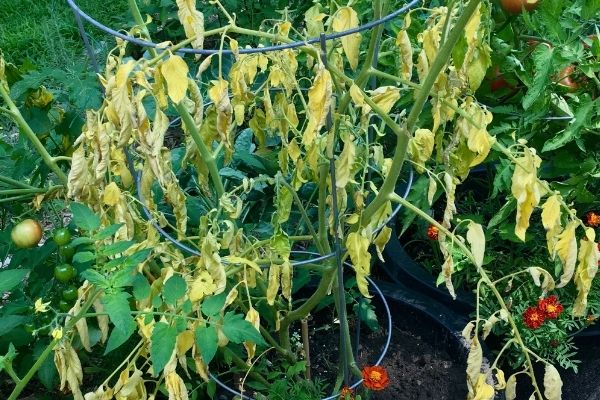 Nitrogen levels in your garden

With every plant in your garden relying on nitrogen to survive, it’s important to monitor the nitrogen levels in your garden. The quality of the soil, including how much nitrogen it holds directly influences how likely is that your plants will survive into the future.

Even though nitrogen is most commonly found in the air, plants can only absorb it when it comes from the soil. Nitrogen in the air can enter the soil in your garden in two ways: through the application of fertilisers (organic or inorganic), or by being recycled from organic matter as it decomposes.

Each process is effective in maintaining nitrogen levels throughout the soil in your garden, helping your plants survive well into the future.

Fertiliser products, which can be organic or inorganic, can be taken in relatively quickly by soil and thereby supplement the natural nitrogen found in the air.

Organic fertilisers, in the form of compost and manure build up nitrogen levels within the soil slower than inorganic fertilisers. However, this is often beneficial for your soil as it reduces the risk of leaching and harming your garden.

When the nitrogen in your soil is too high, your plants will often suffer in the same way they do when there isn’t enough nitrogen.

Plants, just like the soil they grow in, need the right amount of nitrogen levels. Even if the soil has the correct level of nitrogen, if your plants aren’t getting enough of it, then they will fail to grow and remain that yellow colour we would all like to avoid.

Nitrogen is converted to ammonium as organic matter decomposes. Plants absorb this ammonium through their roots and then any extra ammonium is turned into nitrate, which plants use to grow big and strong.

As each plant’s nitrogen needs are different, any nitrogen that they fail to absorb is left and remains in the groundwater. When this occurs to excess, it results in soil leaching, and can harm the environment that your plants are growing in.

Taking this into consideration, it’s especially important to only add the levels of supplemental nitrogen that your plants need, which is best done using organic matter.

If you’re wondering, how do I fix nitrogen deficiency in plants, the answer is addressing the nitrogen levels in the soil.

This can be done using chemical fertilisers, but it’s generally gentler, safer and cheaper to take a long term approach of adding organic matter back into the soil to build up its stores in a balanced way.

It also allows the nutrients to be released to plants slowly, ensuring they aren’t overwhelmed by an excess of nitrogen (which can be just as damaging as a deficiency).

This can be done by adding good stuff like animal manures, blood and bone, lawn clippings, seaweed and compost. Fertilisers and Soil Conditioners can also have the same affect.

Nitrogen problems in the veggie patch are a common complaint, as many produce plants are heavy nitrogen feeders and can leave the soil depleted if this is not managed. This applies particularly to leafy greens, broccoli, cabbage and similar types of veggies.

If you’ve been growing these, follow with peas, beans or a clover cover crop, as these plants are known to fix nitrogen back into the soil.

Gardening Gifts for Mum
Colourful Foliage Plants For Your Garden