For a spectacular floral display, you can’t go past Hippeastrums. Also known as amaryllis, this herbaceous perennial produces showy trumpet-shaped flowers for up to 3 weeks in summer. Suited to both pots and beds, they can be used to create stunning Christmas features. Growing hippeastrum varieties is surprisingly easy – they’re tolerant of tough conditions, and many gardeners consider them virtually indestructible.

Taxonomy: Hippeastrum is a genus in the family Amaryllidaceae.

How To Grow Hippeastrum

There are varieties for hippeastrum suited to all climatic regions of Australia, from cool through to tropical. See individual product details for ideal growing regions. 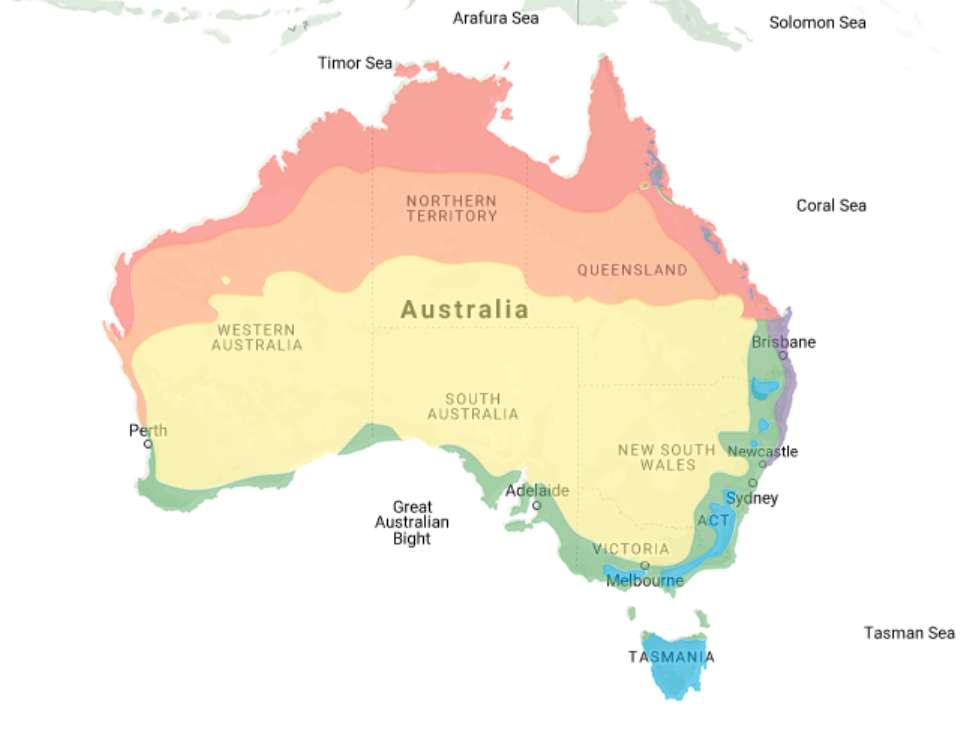 When To Plant Hippeastrum

Where To Plant Hippeastrum

Hippeastrums thrive in full sun or light shade. Ideally, place near a wall or fence so that they’re protected from strong winds, but getting plenty of sunlight.

They are drought-hardy, able to survive on virtually no rainfall for a year or two, although flowering may be affected.

Go for well-drained soil enriched with organic matter. Hippeastrums are quite adaptable to most soil types, although they aren’t as keen on very sandy soil.

In pots, use a good quality potting or bulb mix, and place some pieces of stone at the bottom of the pot to assist with drainage.

When Your Bulbs Arrive 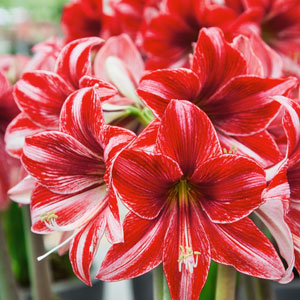 Hippeastrum are supplied as a dormant bulb. Unpack immediately and keep in an airy position until ready to plant, making sure the roots do not dry out too much. Do this even if you are not planting immediately.

If you are putting off planting (for example, if flowering is desired at a specific time, such as for potted Christmas gifts), we suggest placing bulbs in your fridge crisper (at approx. 5 degrees) to hold back the flower’s progression.

DO NOT FREEZE! In order to have the bulbs flowering at Christmas time, take them out of the crisper in mid-November and pot up as outlined below.

How To Plant Hippeastrum

For garden planting, plant bulbs in well-drained soil, putting at least one spadeful of decayed animal manure under each bulb. Leave the top ⅓ of each bulb protruding above the soil.

For potting, plant at the same depth. Choose a pot large enough to allow a minimum of 3-4cm of soil around the bulb, with the nose of the bulb protruding from the top of the pot. A 15cm pot should be big enough.

Planted in full sunlight, they should flower in approximately 5 weeks. If budding is progressing too quickly desired flowering time (e.g. Christmas), place the pot in a cooler position to slow down the process. Similarly, if flowering appears too slow, place in a warmer position with more sunlight. Note that, once the flower buds have separated at the top of the stem and begin to place themselves horizontally, flowering will take place in around 3-4 days.

Water only once per week, even in dry spells, as over-watering will cause stem rot and red rust. Never water over the bulb nose – go around the sides instead.

Flowering will occur anytime between December and March. One or two sprays with Mancozeb fungicide can be helpful. After flowering is finished (usually within 2-3 weeks), cut flower stems close to the bulb. You can then take the bulb out of the pot (with its leaves) and plant into the garden or a larger pot as preferred (put some well-decayed cow manure into the soil first).

The bulb can be lifted again in April-May. Cut foliage close to the bulbs, and store bulbs in a warm place (around 20 degrees). Dusting with micronised sulphur helps protect against fungal infections during storing. Replant bulbs again from September.

Problems to look out for

The most common problems seen in Hippeastrums are caused by microorganisms. 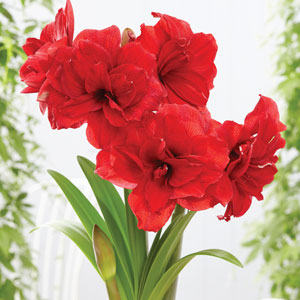 Unlike many insect pests, which can often be dealt with while leaving the plant intact, these infectious organisms are often best addressed by disposing of the affected plant matter.

This may be necessary to prevent the infection from spreading to neighbouring plants.

Red blotch, also known as leaf scorch, is a fungal disease caused by the organism Peyronellaea curtisii (formerly known as Stagonosporopsis curtisii).  This appears as red spots (typically with clear margins/outlines) on leaves and flower stems, eventually causing breakage and withering. Unfortunately this disease is endemic to all members of the Amaryllis family, and also some Narcissus and Galanthus, however it is more commonly found on Hippeastrums.

The fungus can be carried on the bulbs, so removing the infected stalks won’t fix the problem. Symptoms of this disease in bulbs are red spots with definite margins that develop into soft sunken patches on the bulb, sometimes radiating all the way through several layers.  Care needs to be taken when diagnosing this disease as any damage to Hippeastrum bulbs will cause a red mark on the bulb, similar to brusing on our skin.  Always look for the characteristic margins and soft sunken patches to correctly diagnose this issue.

Badly infected bulbs need to be removed and destroyed as secondary infections can cause the bulbs to rot.  Moderate to mild infections can be controlled using a systemic fungicide such as Mancozeb, Banrot or Benlate on a regular basis.  Eradication is very difficult so cultural controls are required to keep this infection at bay, and under control.  Avoid overhead watering and getting the foliage wet to minimise this disease, and regularly spray foliage with a fungicide, particularly as plants are beginning to go dormant as this is a time when infections can return to the bulb, and the weather begins to become cool and wet, providing ideal conditions for active spores to spread.  A wet cool growing season will also see this disease prevalent as this sort of weather allows the spores to proliferate.

Mosaic virus causes the plant’s leaves to take on yellow streaks that increase in intensity over time.

This symptom may not be visible in the leaves until they have matured. 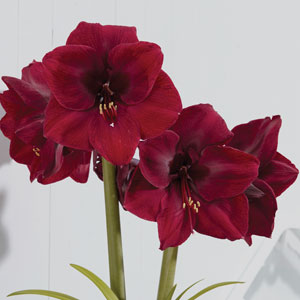 The infection will gradually reduce the plant’s growth and cause it to stop flowering. There is no treatment, so infected plants should be discarded to avoid transmitting to other plants.

Large, fleshy bulbs, like those of hippeastrums, are prone to rot.

This is caused by fungal and bacterial organisms in the soil, especially where there is poor drainage or overwatering.

Rotting bulbs aren’t too hard to spot – their colour and texture (and sometimes even their smell) will be off. They need to be discarded to avoid infecting other plants.

Also known as botrytis blight, this is a fungal infection that causes spotting, discolouration, wilting and decay.

Grayish-brown spore masses eventually appear on affected areas, which should be removed and disposed of.

Garden Express stocks a wide variety of hippeastrums, including: 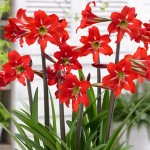 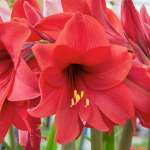 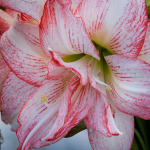 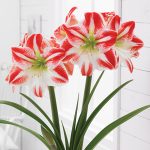 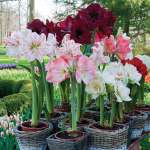