In a word, yes! The more pressing question, though, is whether trees can help solve the ongoing problem of climate change by helping to mitigate CO2 emissions, and if so, how this can best be achieved. 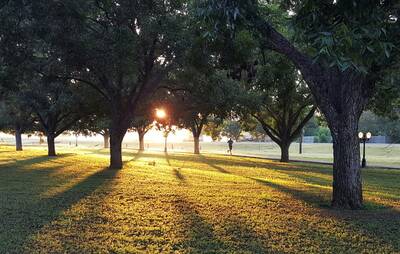 Many gardeners are wondering what they can do to help. Here, we take a shot at some frequently asked questions on the subject.

The answer is a little on the complex side. In short, all land plants draw in carbon that’s circulating in the atmosphere. This process is known as carbon sequestration.

Due to their large mass and woody form, trees do this in much higher quantities than other types of plants, which is why they’re considered to be of special importance in managing carbon dioxide levels. 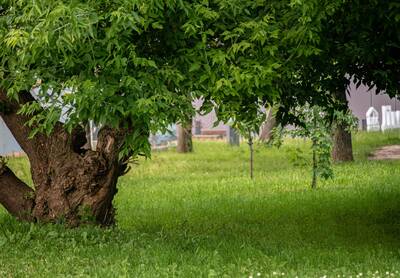 Once removed from the atmosphere, the carbon dioxide is stored (sequestered) until the tree reaches the end of its life. Then, as the wood naturally breaks down or is burned, the CO2 is then released back into the atmosphere.

Even though the CO2 doesn’t magically disappear, it can theoretically be removed from the atmosphere for decades or even centuries when stored in long-lived trees.

Which trees absorb the most carbon dioxide?

Simply put, larger, longer-lived trees take in more carbon dioxide over their lifespan than smaller ones with a shorter life.

Large, old growth forests are really the best candidates for making an impact on climate change through carbon sequestration, which highlights the importance of conserving and regenerating our existing forests as much as possible.

While it’s hard to specify exactly which tree absorbs the most CO2, research suggests that certain pine trees, other conifers such as Douglas firs, oaks and some other deciduous trees have the strongest carbon sequestration capacities. This is attributed to factors including mature height, lifespan, wood density and canopy size.

What are the best garden plants that absorb carbon dioxide?

Unfortunately, we can’t instantly create forests in our backyards (as much as many of us would like to!). The next best thing we can do is to create long-term tree plantings wherever this is viable.

When planting trees for this purpose, the key is to choose a variety that is suitable for the given space and positioning, while also being as large and long-lived as possible within those constraints. The fact is that the largest tree simply may not be manageable in maturity (for example, if the space is too small), in which case its lifespan may be cut short. 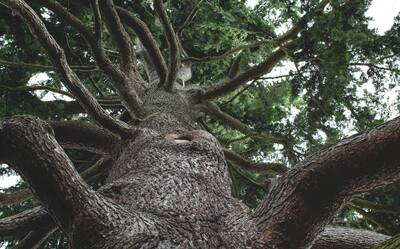 Keeping the future in mind is the name of the game when it comes to tree planting. That said, if you have the room to plant one or more large trees, go for it!

While the relationship between trees and carbon dioxide is complex, there are numerous benefits to planting a tree – in fact, it’s one of the most rewarding long-term gardening projects out there.

Whether it’s planting a tree with the kids to introduce them to the topic of conservation, or simply taking the time to choose a specimen that will be cherished for generations to come, growing a tree is one of the most rewarding long-term gardening projects out there.

Dichondra repens: Is it invasive?
How Do Trees Help The Environment?