Lavender is a hardy perennial shrub prized for its strong, distinctive fragrance and attractive purple flowers. Its aromatic oils and dried flowers are widely used in aromatherapy for calming and stress reduction, as well as in cosmetics, home fragrancing and even cooking. 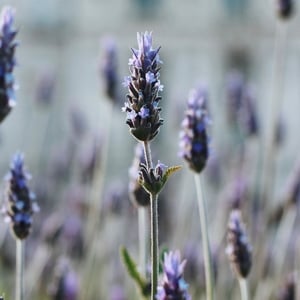 The numerous species of lavenders form their own genus within the mint family, alongside other culinary favourites such as rosemary, thyme, basil, oregano and sage.

Mediterranean in origin, lavender loves the sun and is drought-hardy once established.

It’s wonderful for attracting pollinators, making it a useful companion to other plants.

Lavenders are highly versatile, great in garden beds and as borders or hedges. Growing lavender in pots and containers also works very well.

Lavender does well in all climatic zones in Australia except tropical, where it struggles with humidity. Some parts of Australia even have climates that resemble the dry, sunny regions in Europe where lavender is naturalised. This means Australia is able to produce high quality cultivars such as those from the Bridestowe lavender estate in Tasmania, which has a climate and conditions similar to the Provence region of France.

How to Grow Lavender

For healthy lavender, growing conditions are important. Choose a position with full sun and minimal moisture. Lavenders do well in many different soils, including poor to moderately fertile soils. They dislike moisture, so add organic matter to heavy or clay soils to improve drainage.

Plant lavender in autumn or spring.

Plant 30-40cm apart. Add mulch such as rock or pea gravel to keep weeds at bay. Water once or twice a week until established.

Lavenders dislike wet feet, humidity and frost. Take care not to over-water, as lavenders are generally happy in dry conditions. As a rule, you only need to water lavenders during dry periods.

Add a slow-release fertiliser once established, and top-dress with a complete fertiliser in late autumn. Adding a mulch such as straw over winter will assist plants in tolerating frosts. Minimise fertilising and go for inorganic mulches (e.g. gravel) if plants are suffering from excess wetness.

Caring for lavender in pots may mean bringing them inside or into a garage over winter.

Don’t fertilise during this time, as they’ll enter a period of dormancy.

In spring, bring them back out into the full sun and apply a liquid fertiliser. Water potted lavenders when the soil feels dry.

To keep lavender plants manageable and tidy, it’s important to prune them after each flush of flowers.

Trim off flower stems, then shape the remaining foliage.

However, don’t cut back to the old wood – this can cause damage and affect the next season’s flowering. 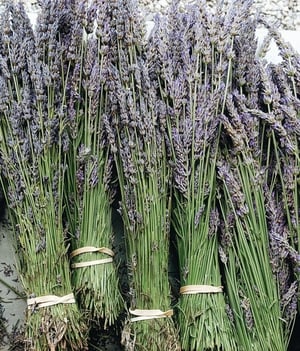 Harvest stems when about half the flower buds are open, cutting the stems as long as possible. Idea

lly, do this in the morning, as the fragrant oils are more concentrated earlier in the day.

Tie the stems into bundles and leave to dry in a cool, dark spot with good air circulation. Once dried, you can use the flowers in fragrant sachets, herbal tea blends, potpourri, cooking and more.

Despite being hardy and tolerant plants, lavenders don’t do so well in humid or wet climates. In these conditions, they are prone to developing fungal infections and root rot.

In most parts of Australia, it’s best to choose the driest part of the garden for planting lavender. In more humid areas, ensure plants have lots of space around them for airflow.

There are many species of lavender, including the classic English, French and Italian, as well as dwarf sizes and varieties with pink or cream flowers. 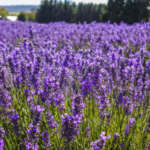 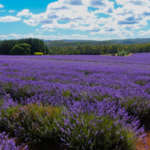 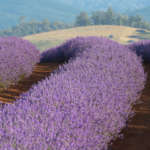