Dianthus (Dianthus spp.) also known as Pinks is a hardy evergreen perennial. It is part of the Caryophyllaceae or carnation family and is native to Northern Europe. There are around 300 species in the genus which are separated into two groups: annual bedding Dianthus and perennial Dianthus. Most form a clumping habit with narrow lance shaped, grey green foliage. During Spring to early Summer flowers are held aloft on wiry stems each with a single flower head. The flowers have frilly edge petals and most varieties have a spiced scent. The flower colours range from white, pink, red and mauve. Dianthus should have a full sun position in the garden that has space from other plants as they don’t like to be crowded in soil that is well draining. They are frost hardy and drought tolerant. Protect your Dianthus from strong winds.

Dianthus are easy plants to grow and are excellent plants in a cottage or rock style garden. As they naturally form a mat, they go very well in borders, edging to pathways and are always good as part of a mixed display in planters and tubs. Dianthus make good cut flowers.

How to Grow Dianthus 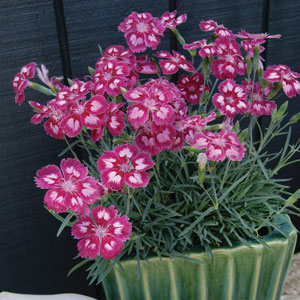 When To Plant Dianthus

They grow well in most soil types, but they need soil that is well draining. To get the best blooms a soil that is moist, humus-rich and slightly alkaline is best. Enrich the soil with compost or manure and a handful of blood and bone or complete fertiliser. Avoid heavy soils and water logging, especially in Winter.

How To Plant Dianthus

Plant in full sun, 20-50cm apart depending on variety with the plant crown at soil level.

Keep watered during main growth periods as they like a moist soil. Do not over water.

Watch out for snails, slugs, aphids and thrip. 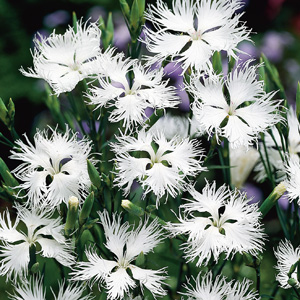 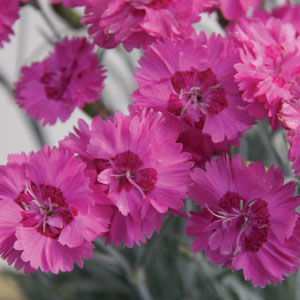 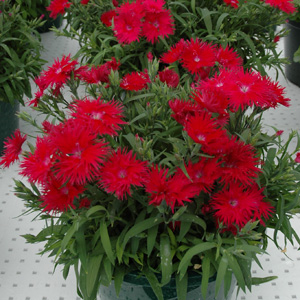