Raspberry (Rubus idaeus) is a deciduous perennial shrub. Part of the Rosaceae family and was originally native to Europe. There are 2 fruiting varieties and is important to know which variety you have because they fruit at different times and have different pruning requirements. Autumn fruiting varieties such as Autumn Bliss and Heritage produce fruit in Autumn on the current seasons wood. When the plant stops producing fruit and goes into dormancy the plant should be cut back to the ground ready for the new growth to begin again next season. Summer fruiting raspberries fruit in Summer and go into Autumn as well. Some varieties are Chilcotin, Nootka and Willamette. These berries fruit on last seasons growth. When the fruiting stops remove any canes that have produced fruit this season including any damaged or weak canes. Around six strong canes per plant should be left ready for next season. Both varieties require a cold Winter to enable a proper fruiting season.

Raspberries grow on thorn or thornless canes which are usually smooth and brown in colour. They have dark to mild green serrated leaves and small white flowers which mature into red or sometimes yellow berries. They prefer a full sun position in the garden that has well drained fertile soil. Plant in a protected position from Summers hot winds and extreme heat. Adequate watering during the hot Summer months is important. Grow the canes against a wall, fence or support with a trellis. Raspberries bear fruit for many years. Pick the fruit when ripe and full coloured. Protect your raspberries by placing a fruiting net over the canes during fruiting time to prevent birds from stealing your entire harvest.

Eat raspberries fresh from the plant or make into desserts. The leaves can also be used to make herbal tea. They are a good source of vitamin C, E  and K. Raspberries contain folate, fibre and minerals such as potassium, manganese and magnesium.

How to Grow Raspberry 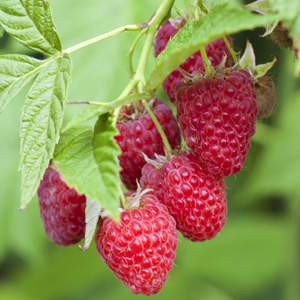 When To Plant Raspberry

They require deep well drained soil with plenty of organic matter. Prepare and fertilise soil with a poultry manure or compost plus a mixed fertiliser before planting.

How To Plant Raspberry

Plant in full sun, 60cm-1m apart with the plant crown at soil level. Make sure you have something to tie the canes to like a trellis or wire construct as the raspberry canes need support.

For optimum fruit production canes need to be kept well watered. Water well once planted and throughout the growing season. They will benefit from mulching in Spring to conserve moisture in Summer and keep roots cool.

As growth starts, apply a complete fertiliser or a compost of well broken down animal manure.

When pruning Autumn fruiting raspberries wait until the canes have finished fruiting then cut the entire plant to the ground as they only fruit off the current seasons growth.

When pruning Summer fruiting raspberries wait until the canes have finished fruiting then remove any canes that bore fruit that season as they only fruit off second season wood. Also clean up the canes by removing any broken, damaged or diseased canes. Leave around six healthy strong canes per plant for next season.

Raspberries are prone to fungal problems, especially in warm climates. They can suffer from a root rot fungus, however there are varieties that are more resistance than others. To try and prevent this from happening during planting time space plants at least 1m apart and train the canes upwards to improve air flow. Avoid overhead watering.

Birds will be your main problem during fruiting time so you can place a net over your canes to prevent birds eating your berries.

Some variety of raspberries will send out runners or “suckers”. This is just the plant trying to expand. Remove any suckers that the plant is sending out. You can either replant the sucker for a new plant or get rid of it.

Raspberries are excellent when eaten fresh or used in cooking. There is such a large variety of different canes to choose from. 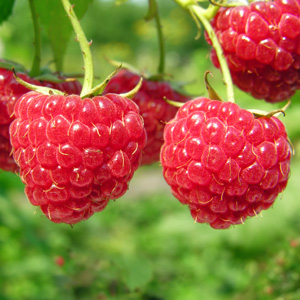 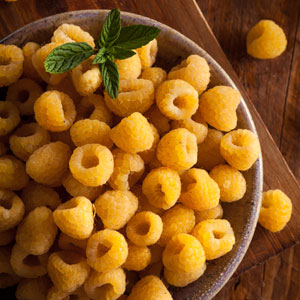 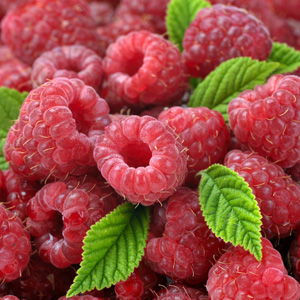